Tell Your Story for Your Family and Friends 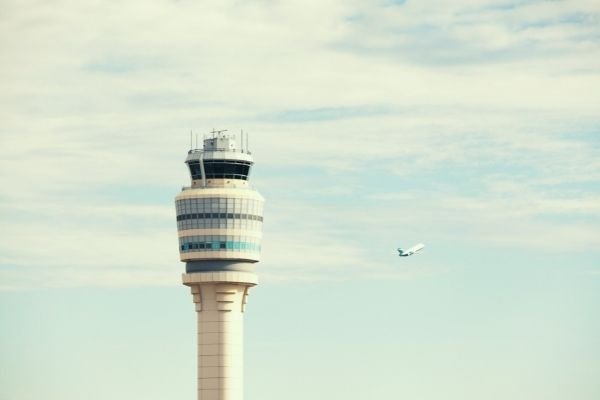 Have you ever wanted to tell your story? This is my story, the story of my family, a story that deserves to be told.

Aviation Is In Our Genes

Many moons ago, when I was a young girl, my father often gathered up his brood and took us to the airport. Me, my mom, and younger brother, and sister loaded up in the car, usually on Sunday mornings, for these “adventures.”

Mom brought snacks or a picnic. I made sure to have a book, or two, to stave off death by boredom.

We lived near Augusta, Georgia. So on the Sunday before the Master’s Golf tournament, we parked in the grass next to the dented cattle fence at Daniel Field to watch the private jets come in. The better the player, the nicer the plane. The following Sunday, we were at this station again in time to watch golfers return to homes I imagined to be glamorous.

Sunday’s leaderboard flew home the next day. Dad sometimes went back on Monday to watch winners haul the jackpot home. I must have gone with him because I have vague memories of cheering fans along the fence with us.

Sometimes we went to Atlanta to what was known back then as the William B. Hartsfield Airport. We’d park and go through the airport – there was no security or any other kind of line – through the mezzanine to an outdoor observation deck. From there, we could see parking spaces for 60 jets, a mind-blowing number at that time, and the runways.

Less than 30 years old, my dad was obsessed with any and everything related to airplanes. He earned his private pilot’s license when we were kids. His father, one of his uncles, and several of the men who lived in our very small community in rural Georgia also became private pilots. Somehow, miles and miles from “anywhere,” we lived in this tiny little aviation bubble.

One Sunday, dad rented a Cessna and flew us from Waynesboro, Georgia, to Gadsden, Alabama, to visit my mom’s sister and family. 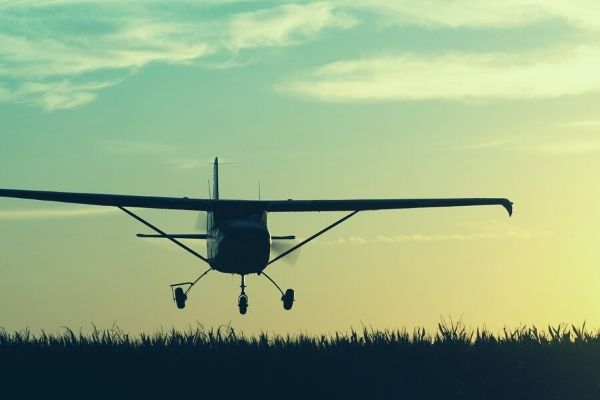 Papa Joe flipped that plane upside down when he returned home, landing in a freshly plowed field next to his house. No one was hurt. The plane was mostly fine too, but we drove back to the farm to see the damage. All those pals had something to talk about for days.

Dad subscribed to a publication called “Trade-A-Plane,” a tabloid newspaper printed on yellow paper, filled with classified listings about planes for sale. He read this the way we kids poured over the Sears and Roebuck catalog. Cover to cover. Every issue.

Eventually, my dad bought one of those planes. I’m ashamed to say that I can’t tell you the make or model or any of those kinds of details. Was it a two-seater or four? I can’t remember. But if you asked, he would love to tell you everything about it. (Be sure you have plenty of time.)

What I remember is that he landed this plane on the two-lane road in front of our house. I remember that my mother parked our car around the curve about 200 yards away to block the road while he executed this delicate maneuver.

People coming from the other direction were on their own. If they didn’t take an appropriate response when they came over the hill at Louie and Tressie Mae’s, we were all going to have a bad day. 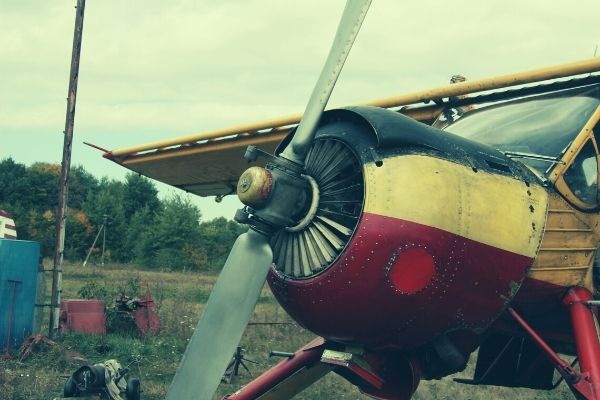 He brought her down safely, taxied into our dirt driveway, and famously cut down my mom’s favorite tree in order to park this barely flying machine under a tiny tin shed in our backyard. There, he took it apart, piece by piece, down to the frame. Then he rebuilt it. All of it. From the engine to the fabric fuselage–I do remember it was fabric–he put it back together and flew it back out of there the same way he came in.

When I was in high school, Dad gave many of my friends the first aerial view of our hometown. For some, it was the first time their feet left the ground.

I tried it. Somewhere there’s a logbook with my name on it that records a few hours I flew with a gentle but brave instructor named Randy Martin. He became a preacher later. I sometimes wonder if it’s because people like me scared him to the Lord. I was certainly scared. The thought of being airborne under my own authority wasn’t for me, but I loved the people who loved to fly.

Dad eventually earned his commercial pilot’s license and became a crop duster. He also garnered an airframe and power plant license, the FAA’s certification for an aircraft mechanic.

In his late 30s, he crashed a plane in Miami. Miraculously, he survived, but the rest of his life was affected by the injuries he sustained in this incident.

I married an aviator, a guy who flew bombers for the United States Air Force. My sister married one of his colleagues, also a pilot. So many of our friends – the ones we understood and who understood us – were also in the business.

Immersed in all this aviation influence, my youngest son grew up to be a pilot, too. Today, he flies passengers to smaller, regional airports all around the southern U.S.

I am blessed to say that my father is still living. His activities are limited, but he still loves aviation. He spends a lot of time watching YouTube from his recliner, just feet away from a mega TV.

On Memorial Day weekend, I sat beside him while he toggled back and forth between LIVE streams from O’Hare and LAX. 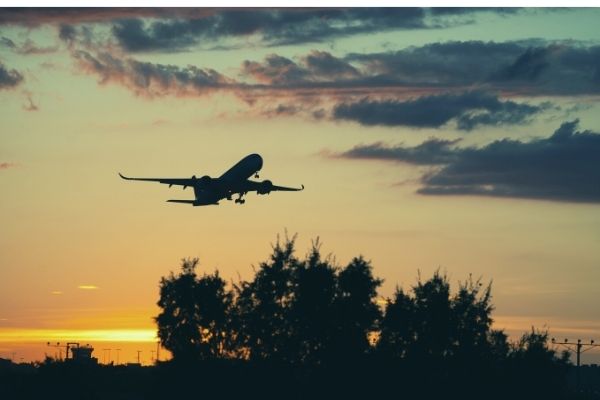 A plethora of digital devices, as well as a good old-fashioned book, were standing by to rescue me, but no additional entertainment was needed. Instead, I sat mesmerized by a different kind of aerial view, a 20,000-foot perspective of our lives. I wondered what my dad would have built, how many planes he would have taxied into our driveway if he’d had YouTube.

They should have the opportunity to appreciate the fact that aviation put food on the table not only for them but for many who love them. They need to know what passion looks like, what it means to find the thing you love so much, you can’t stop thinking about it. You want to do this thing more than you want to eat, sleep, or show up for things like work or supper.

Guess what? If we don’t tell them, they won’t know. They won’t feel the shoulders beneath their feet. And neither will their children or their children’s children.

As a family, if we let that happen, that’s a big, fat fail—a gigantic, colossal tragedy.

I founded My Storyographer because I am on a mission to help you tell your stories, to capture the essence of your life for your family, friends, and a future generation.

Telling your story is the ultimate gift, something only you can give, and, I would argue, it may be all that endures. It’s not just a legacy; it’s a foundation.

Your story is an opportunity to tell the kids and grandkids—maybe the world—about the decisions that changed your life, what you’ve learned the hard way, what you’d do differently, and what it all meant.

If, like most people, you have no idea where to begin, sign-up for our TELL YOUR STORY workshop and we’ll help you get started.

When you’re ready to tell your story, we’re here.